In the fall of 2016, I took Yale’s ENAS 778 Advanced Robotic Mechanisms course, a graduate course that surveyed a variety of different mechanisms of relevance to robotics. For this course’s final project, and continuing into the start of 2017, I worked to develop a variable-stiffness soft robotic gripper along with Michael Leddy, a PhD candidate in the GRAB Lab. The pneumatically driven fingers for this gripper are based on an agonist/antagonist concept, whereby a main actuator chamber (based off the Soft Robotics Toolkit pneunet actuator designs) serves to bend the finger, while a set of antagonist cells stiffen the finger in the opposite direction. The number of antagonist cells in use at any given time can be discretely varied by altering the position of a small stopper in the core of the finger. This stopper is mounted to a tendon, which can be retracted by a servo motor or pushed outward by the air pressure within the cavity. For different position settings of the antagonist stopper, different output forces can be produced, with varying stiffness, allowing for one gripper to perform precision grasps on a variety of different objects without human intervention. In future work, this concept could also be used to achieve higher dexterity for soft robotic manipulation. 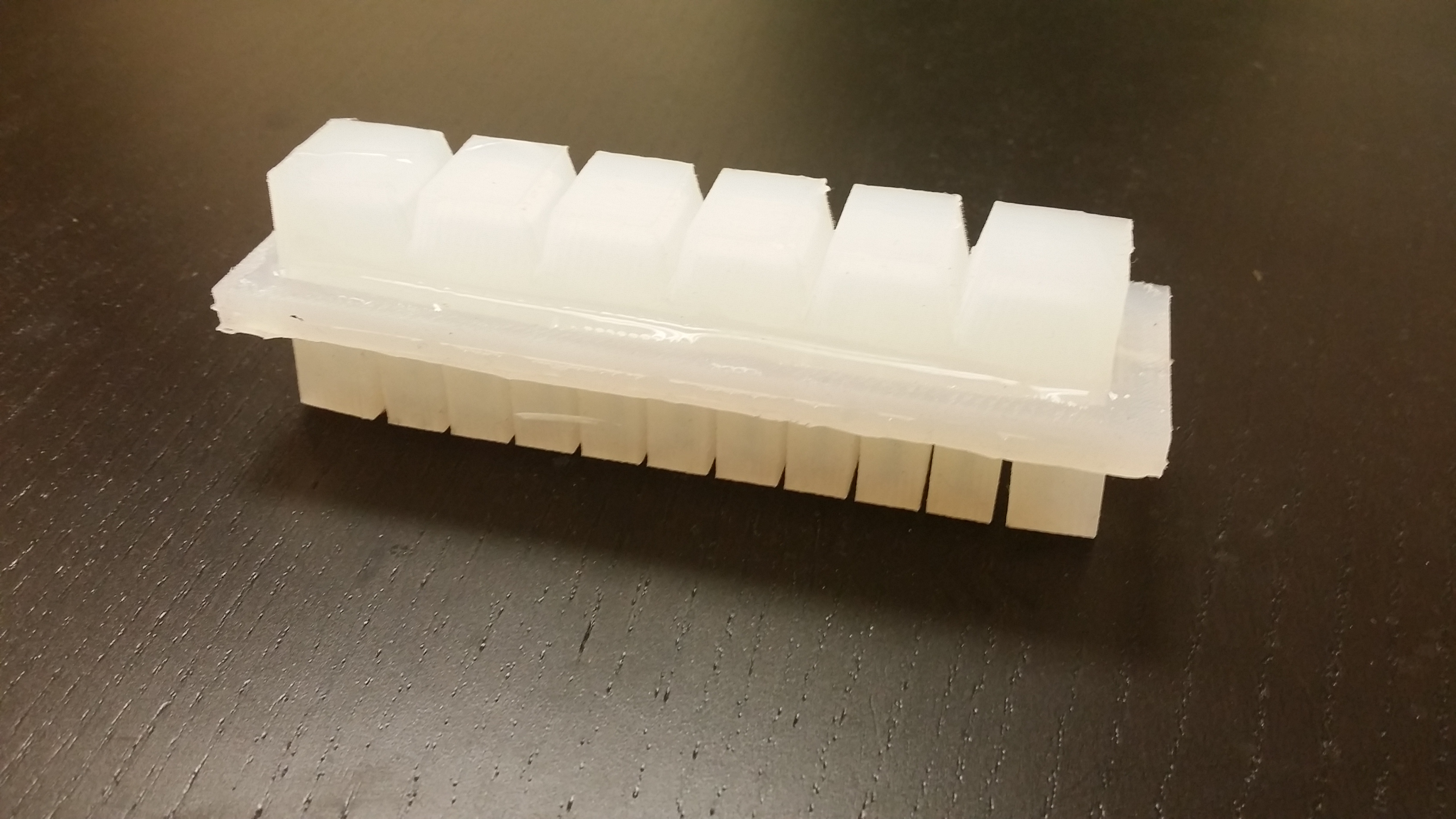 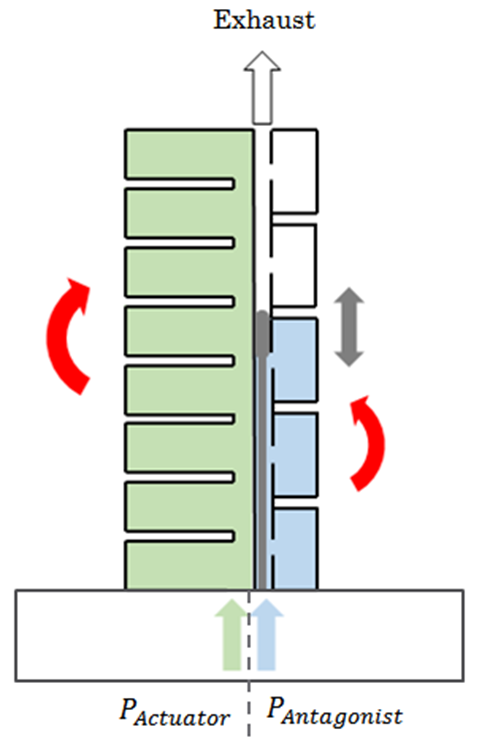